Following on from our last post about when a street is not a street, there is another class of street name and that is the singleton, or one-word name, such as Cheapside, Haymarket, Houndsditch, Piccadilly, Strand, and many others.

Piccadilly is a fun one: this name, first recorded in 1623, has provided many a guessing game for London historians. In the 17th century a ‘pickadil’ was defined as “that round hem or several divisions set together about the skirt of a garment or other thing; also a kind of stiff collar, made in the fashion of a band”. The English word, it is argued, derived from the Dutch or Flemish ‘pickedillekens’ (trifles), translated first into French as ‘petits bords’ and then into English as ‘pickedilloes’ or ‘small edges’. The word is, today, more commonly seen as ‘peccadilloes’ – trifling misbehaviour.

The popular theory is that the name of the street itself arose from one Robert Baker, an early 17th century tailor, who bought a plot of land in what was still far from being central London. He built a large house and, four years after his purchase, he was referring to himself as a ‘Gent’ – a source of amusement to those who thought of tradesmen as being tradesmen and not gentry. The house was thus dubbed ‘Pickadilly Hall’ in honour of those items that had brought him his money (and, presumably, to remind him of his origins). The name, as that sort of thing does, gradually stuck.

This theory, as theories do, has its supporters and dissenters. There is a slight variation on the theory: that it was a tailor called Higgin who built the house, which was then taken over by Baker.

The serious dissenters say that the area was referred to by that name before Baker (or Higgin) bought his land and built his house: it is mentioned in John Gerard’s Herball. Gerard refers to a flower that “groes upon the dry ditch bankes about Pickadilla”.

In an 1849 book by John Thomas Smith, entitled ‘The streets of London with anecdotes of their celebrated residents’, there is a passage in which he says:

However, the following account seems to be the earliest in which mention is made of Pickadilles. Stevens, in his curious little work, entitled ‘Essayes and Characters,’ published 1615, speaking of the dress of a plain country bridegroom, page 354, says, “The Taylor likewise must be a vexation to him, or his cloathes would never sit handsomely ; But (above all) a bridle in his mouth would serve better than a Pickadell ; for if you restrain him from his objects, &, the engine of his necke, you put him into the Pillory.”

With due deference to Occam and his razor, it should be pointed out that the simplest theory is that the area took its name because, for a long time, it was on the outer fringes – or hem – of London and that Mr Baker’s house and occupation were a happy coincidence. 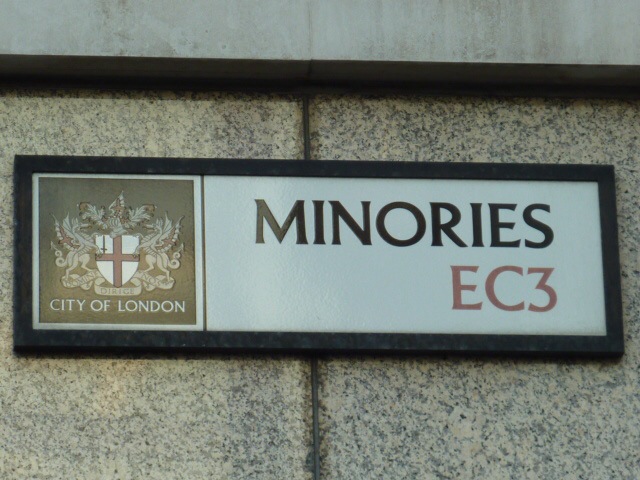 © Elizabeth Steynor and thestreetnames, 2013-2019. Unauthorized use and/or duplication of this material without express and written permission from this site’s author and/or owner is strictly prohibited. Excerpts and links may be used, provided that full and clear credit is given to Elizabeth Steynor and thestreetnames with appropriate and specific direction to the original content.

Smoothing out the wrinkles in this wrinkly's writing